Clothing to Corona, the Life and Legacy of Sir Montague Burton of Leeds

The photo comes from the West Yorkshire Archives and shows the Sun Room in the 1930s – at Montague Burton’s factory in Hudson Road, Leeds.

Who was Sir Montague Burton, what was his story and – perhaps most importantly – what can we learn from his legacy today?

First a bit of history – West Yorkshire used to be the textile manufacturing heartland of the UK. Leeds was men’s clothing; Bradford was wool; Halifax was carpets; Huddersfield was high quality cloth and engineering, especially for textile machinery; and Batley and Dewsbury were for shoddy – the recycling of rags.

The Jews came mainly to Leeds and it was a good partnership – Jews brought with them tailoring skills and Leeds was the expanding centre of the UK men’s clothing industry.

Production had moved from one individual making an item of clothing to a factory system with a distribution of labour – workers doing an individual task in the factory.

From Moshe to Montague

Sir Montague Burton, born Moshe Dovid Osinsky in the Kovno Province of Lithuania in 1885, came to the UK in 1900 aged 15 along with thousands of other Jews. He opened his first shop in Chesterfield in 1904 and when he was naturalised in 1910 he became known as “Morris Burton” living in Sheffield, but the shops were called “Montague Burton”.

Burton built up a chain of men’s clothing shops and by 1919 he had 40. In 1921, he acquired the land at Hudson Road, Leeds where he built his factory, which at its height employed over 10,500 people, the largest clothing factory in the world.

The photo from the 1930s of the Sun Room was when production was at its height. Burton, as a factory owner, was conscious of the need to look after his staff and the Sun Room was an example of a facility provided for the staff. There was a doctor, a dentist and medical facilities on site – it was a complete factory-town where staff were looked after.

A legacy of industry and philanthropy

So what was Sir Montague Burton’s legacy?

Burton wasn’t the only clothing manufacturer in Leeds – there were many others, large and small, and the large players such as Burton were key players in the UK clothing industry.

From an employment perspective he built a huge manufacturing and retail empire. He gave the opportunity of working in a large factory to many first-generation Leeds Jews who became part of a Jewish industrial proletariat in Leeds.

He was a very generous funder of many institutions – he endowed a chair at the Hebrew University of Jerusalem and he funded charities and Jewish projects in Yorkshire.

His legacy lives on through the Jewish Museum in London, in Raymond Burton House, and his descendants were key arts funders in Yorkshire.

I arrived in Leeds in 1976 when the tailoring industry was still functioning, the next decade saw the decline as manufacturing was shipped overseas.

When I took young Jews round the former tailoring areas it wasn’t even a memory – it was too far removed from their current families. 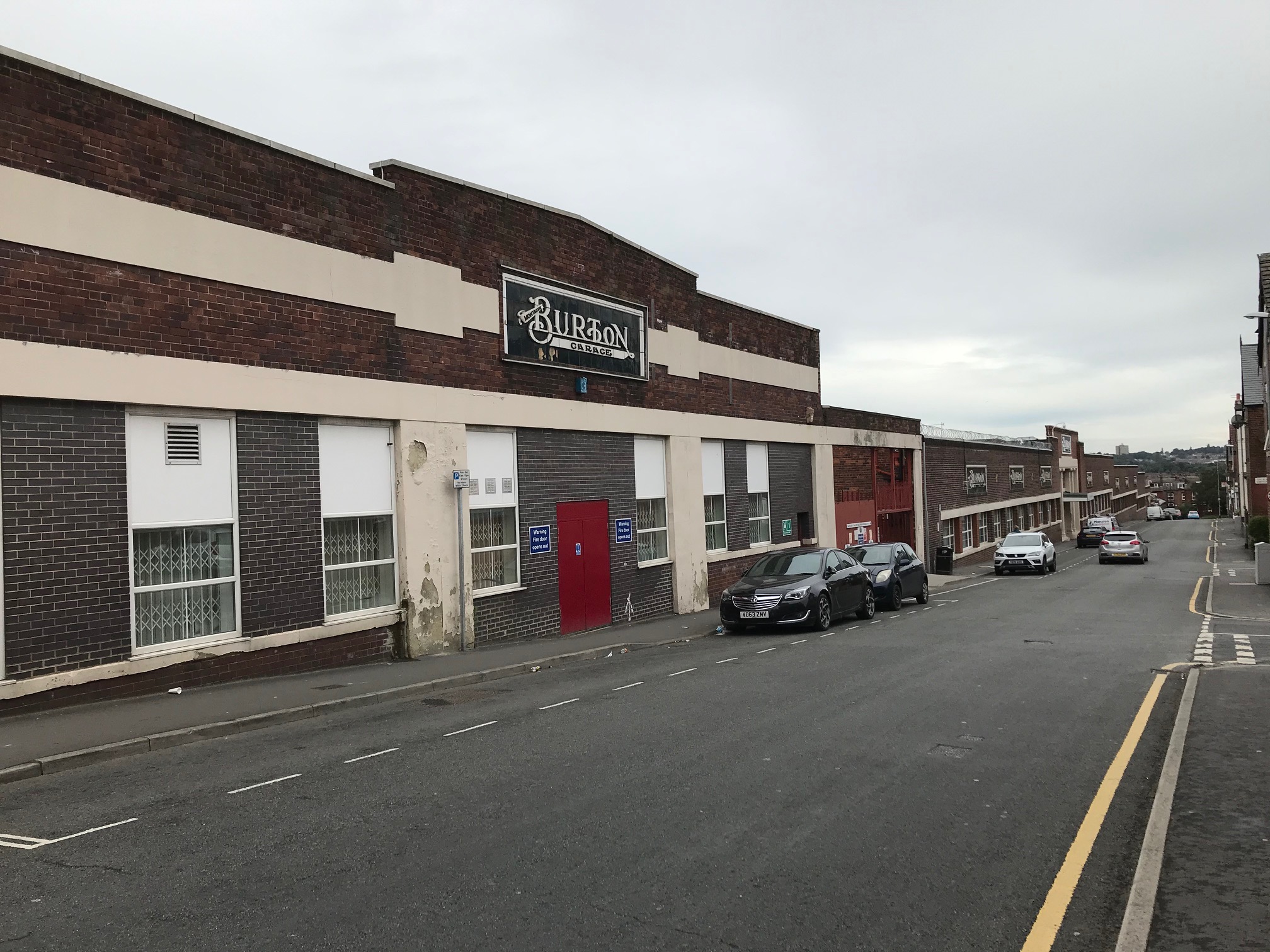 Recently, I went down to the Hudson Road Complex where 10,500 people were employed. It is in Harehills, Leeds and the huge factory still stands. Only when you visit it do you realise how enormous it was. Today it is a clothing depot for Arcadia – a UK clothing chain store, a centre for ESOL (English as a Second Language) and additional small work places.

Most interestingly, during the PPE – Personal Protective Equipment – crisis caused by the coronavirus pandemic in April and May this year – the subject of the Leeds clothing industry was resurrected.

I go to an online morning service at the United Hebrew Congregation in Leeds and one of the clothing manufacturers now in his 90s lamented with a former colleague how they could have turned their factories into production centres for PPE rather than send RAF (Royal Air Force) planes to Turkey and China, as the British government opted to do given contemporary circumstances.

The photo of the women working in the factory harks back to a previous era when Leeds and the North of England was a manufacturing base.

The last few months have taught us many lessons and perhaps the most important one is that it would serve the United Kingdom well to restore its manufacturing base rather than be hostage to overseas suppliers.

Montague Burton would have agreed with that sentiment.