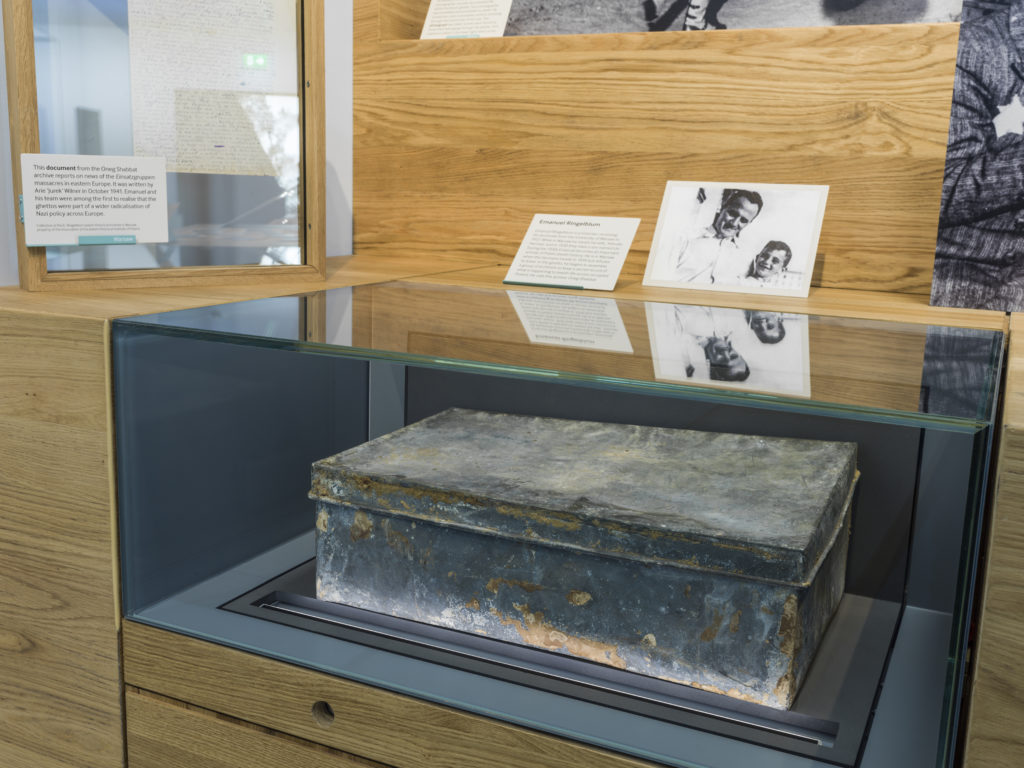 This box, on loan to the Imperial War Museum’s new Holocaust Galleries, once contained part of the Ringelblum Archive, a collection of documents from the World War II Warsaw Ghetto, collected and preserved by a group known by the codename Oyneg Shabbos (in Modern Israeli Hebrew, Oneg Shabbat; Hebrew: עונג שבת‎), led by Jewish historian Dr. Emanuel Ringelblum. The group, which included historians, writers, rabbis, and social workers, was dedicated to chronicling life in the Ghetto during the German occupation. They worked as a team, collecting documents and soliciting testimonies and reports from dozens of volunteers of all ages. The materials submitted included essays, diaries, drawings, wall posters, and other materials describing life in the Ghetto. The collecting work began in September 1939 and ended in January 1943.

Read more about the archive, from Yad Vashem, here.